A new exodus from Lebanon after deadly Beirut blast


Mazin Kabbani, a 50-year-old IT employee, was at his home in west Beirut on August 4 when shockwaves from an enormous explosion rocked his apartment, leaving shards of glass scattered across his living room floor.


The blast, caused by the detonation of nearly 3,000 tonnes of unsecured ammonium nitrate at Beirut’s port, left Kabbani shaken and brought back dark memories of Lebanon’s 15-year civil war.

“All the oxygen was sucked out of the air. It was like we were at war again,” Kabbani told Al Jazeera as he stood at the entrance to his apartment building and handymen walked in with equipment to repair the damage caused by the blast.

More traumatising for Kabbani than his own experience was the thought that his 21-year-old daughter, Alaa, might have been dead if luck had not been on her side that day.

“We couldn’t reach her for hours after the blast,” the father of four said, recalling how his middle child had been on her way to a restaurant in Gemayze, an historic neighbourhood close to the port, when the explosion hit.

“If it wasn’t for a last-minute change in her plans, she might not be with us any more,” he said.

His eyes turned red and he choked on his words as he held back the tears.

Already exhausted by a continuing financial crisis, deteriorating public services and deep political instability, the blast was the final straw for Kabbani and his family. Like many Lebanese, Kabbani now sees no choice but to leave. Despite previously wanting to stay in his home country until the end of his life, he is now determined to settle with his family elsewhere.

“My wife and I were committed to establishing a life here. Even though I’d briefly toyed with the thought of leaving when we first got married, my wife insisted that we stay and raise our kids close to our families,” he said.

“But since the blast, she has been the one pushing for us to emigrate,” he explained, adding that the family was already in the process of completing migration papers to Canada. 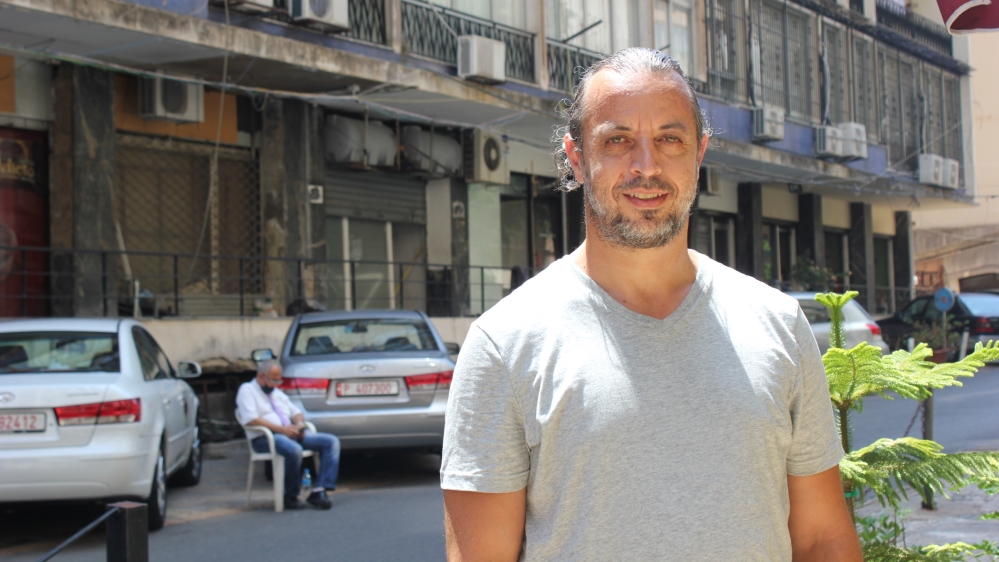 Kabbani, a 50-year-old father of four says he is in the process of completing immigration papers to Canada [Arwa Ibrahim/Al Jazeera]

Like Kabbani, the blast reminded Nizar*, a 38-year-old business owner in Beirut, of the Lebanese civil war and made him fearful for his four-year-old son’s safety and security.

“Being a war child [someone who experienced the civil war], the windows’ rumbling reminded me of my grandmother’s voice telling me to move away as a bomb was about to explode,” said Nizar remembering Beirut in the 1980s.

“If my son had been at home that day, he would have been dead or severely injured. Just the thought of it drives me crazy,” said Nizar, adding that he and his wife, who holds a US passport, had decided to leave in two weeks.

“We’ve booked our flights, rented an apartment in New York and are packing up our lives in Beirut for good,” he added.

Nizar, who asked for his name to be changed for privacy concerns, said feelings of responsibility towards Lebanon had previously held him back and gave him “cold feet” every time he thought of leaving.

“I feel guilty to be going, guilty for being able to leave when others can’t, but Lebanon is not safe any more. I just can’t do this to my family,” he said.

Although only an indicator, Information International, a Beirut-based research consultancy firm that has done extensive research about migration in Lebanon, said its records show the average number of people leaving the country on a daily basis increased from 3,100 before the day of the blast, to 4,100 people after the incident.

“There are no accurate statistics on the effect of the blast yet, but the number of people leaving Lebanon will definitely increase over the next few months as a result of it,” said Jawad Adra, founder and managing partner of Information International.

“We are already seeing a mass exodus.”

Photos of packed departure lounges at Rafic Hariri Airport have been circulating over social media as many Lebanese people from across the board have said they want to leave the country since the blast. But according to Adra, many of the first to leave have been affluent families and dual nationals, adding that “the ability to go is a privilege”.

“Many people want to leave, but not everyone can afford it or has assets like money, education, another nationality or relatives abroad to help,” he explained, adding that emigration also depended on the willingness of host countries to take in Lebanese nationals.

Several countries have shown solidarity with Lebanon after the blast by easing immigration processes. France resumed issuing visas to Lebanese citizens after a halt due to the coronavirus pandemic, while Canada introduced special immigration measures to help Lebanese citizens and Canadians residing in Lebanon come back.

The idea of migration is anything but new in a country that has a long history of “exodus” due to years of war, famine and political instability and economic crises.

“Tens of thousands of people have left over the past 10 to 20 years, with the largest demographic being young professionals and people under the age of 45,” said Adra.

The past few months have also been particularly challenging. The deepening financial crisis has left many struggling to find work or afford basic goods, and pushed many to leave the country.

“Many of my friends and family have left over the past year and especially since October,” said Nizar, referring to the deteriorating conditions in the country which pushed thousands onto the streets to protests the government, corruption and lack of basic services.

According to a report issued by Information International, data derived from general security records showed that the number of Lebanese people who left the country and did not return was 66,806 between mid-December 2018 and mid-December 2019, a 97.5 percent increase compared with the same period a year earlier.

But even as prices increased and life became more difficult over the past couple of years, Shireen Anouti, a 34-year-old housewife, resisted leaving with her three children and husband, Mohamed, a businessman and dual Swedish national.

“Even as the economic crisis hit the country, I didn’t want to go,” she said.

“But after the blast, everything changed,” she added as she hugged her three-year-old daughter Julia and recounted how her uncle, a long-term hospital patient, died in the ward at Roum Hospital after shards of glass ripped through his body due to the blast.

Anouti said her family plan to migrate to Sweden within the next few weeks.

“It’s time to leave. There’s no safety for my children in Lebanon. They deserve a future without fear, without trauma.” 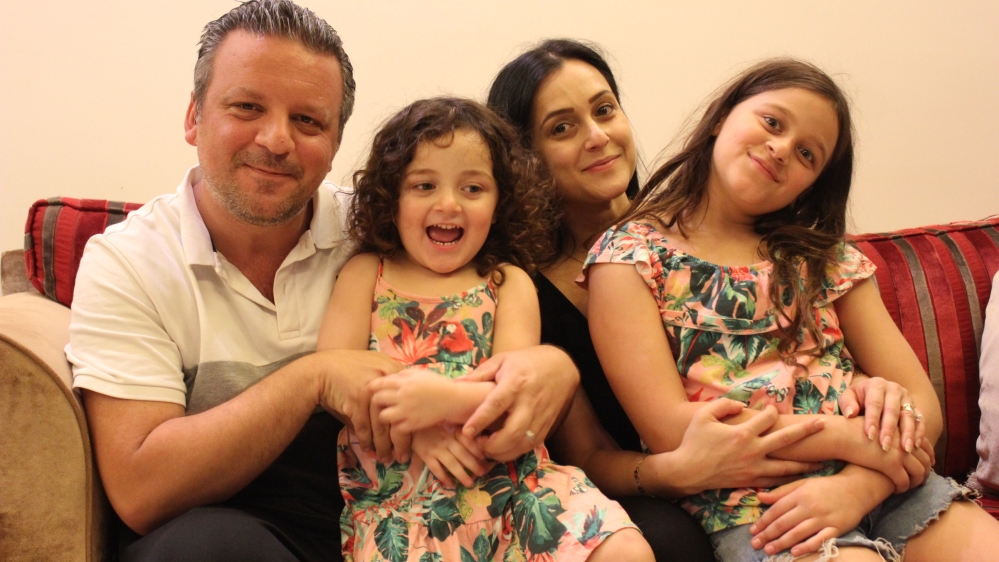 Anouti, 34, said she and her family plan to move to Sweden within the next few weeks [Arwa Ibrahim/Al Jazeera]