Qatar Airways postpones retiring its A330 freighters due to Covid-19


To keep up with the rising demand for air cargo capacity on account of the Covid-19 pandemic Qatar Airways has postponed its plan of retiring its fleet of five Airbus A330-200 freighters.


As per the original plan, the Doha-headquartered carrier had planned to do a phased exit of the five freighters with the first one leaving the fleet in April this year and the last one in November 2020.

As per the new plan, the freighters will be part of the fleet and will be in service till the end of this year or as long as the current crisis continues.

Qatar Airways inducted its first Airbus A330-200 freighter into its fleet in March 2013.

“A few of our Airbus A330-200 freighters that were due to leave the fleet are now being retained to keep up with demand until the crisis eases,” said Guillaume Halleux, Chief Officer Cargo, Qatar Airways. “The plan was to progressively exit them, but under the current conditions we would like to keep them until the end of this year. Meanwhile, we will continue to receive our five new B777 freighters that were supposed to replace the A330Fs,” he added. 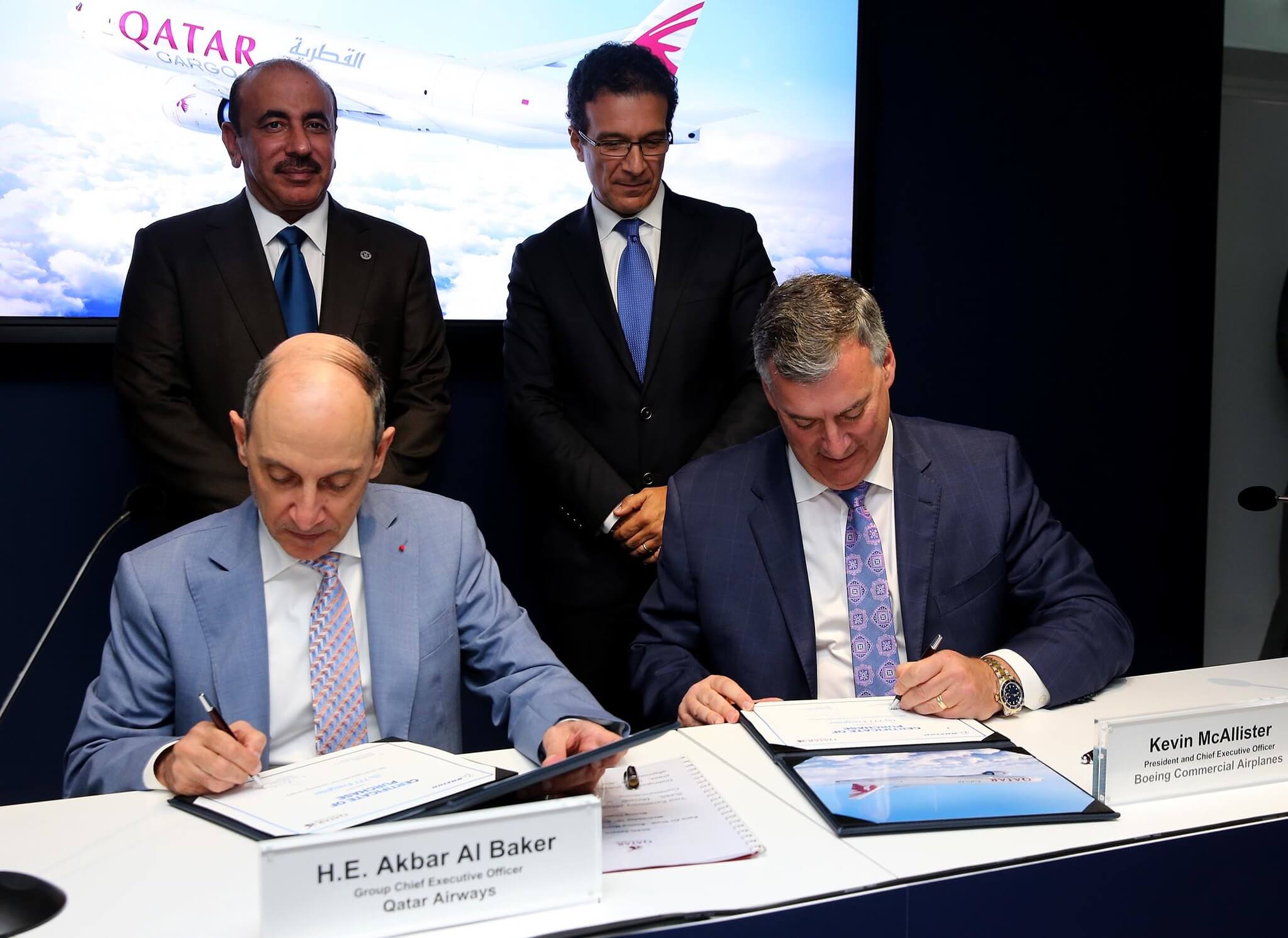 At the Paris Air Show in June last year, Qatar Airways had made a significant new order for five Boeing 777 freighters. These five brand new freighters are expected to join the Qatar Airways fleet in 2020 and in 2021.

“This is an order that will propel our growth and, I firmly believe, confirm us as the leading cargo operator in the world,” said Akbar Al Baker, Qatar Airways Group Chief Executive, while announcing the order in a packed press conference at the largest air show and aerospace-industry exhibition in the world.

If the deliveries of B777Fs from Boeing go ahead as originally planned – three in 2020 and two in 2021 – and for some reason the carrier delays retiring the A330 fleet to the first or the second quarters of 2021 because demand continues to be strong, Qatar Airways could end up having a massive 33 freighters in its fleet.

For Qatar Airways Cargo, about 50 percent of the cargo volume is carried in the bellies of its 200 plus passenger aircraft that include close to 170 key belly-hold wide-body aircraft. With close to 75 percent reduction in cargo capacity in passenger bellies due to Covid-19 pandemic, the world’s largest cargo carrier is heavily dependent on its modern fleet of 28 freighters.

The freighter utilisation is at its maximum. “Even before the crisis our freighters were flying 17.2 hours a day, particularly the B777Fs. It is hard to go much higher than that,” said Halleux.

Since the current crisis began in early March and with the rapid grounding of passenger flights and thus the disappearance of belly cargo capacity Qatar Airways evaluated every option to bring the lost capacity. It was quick to launch cargo-only passenger flights to key markets and production locations around the world using some of their most efficient and brand new wide-body passenger aircraft that include B777, B787 Dreamliners and the latest Airbus A350s.

While most of its competitors chose to load cargo in the passenger cabins – on the seats, in the over-head bins and some carriers even removed seats from passenger cabins to accommodate more cargo – Qatar Airways decided against this popular trend.

The reason, argued Halleux, is because “we have 28 freighters. That is a massive main deck capacity, without being desperate to the point of using the cabin of the passenger flight. I am not saying it is bad. I am saying is it is extremely labour intensive and it takes a lot of time. I have a faster, quicker and more reliable solution with my freighters and therefore we chose not to do it.”

Community cases dip below 100 in Qatar...