Taliban Peace negotiating members oppose the Afghan government’s call to hold the next round of talks inside Afghanistan.

‘Many areas in the country are in our control and any decision that we get belongs to us. These locations are those that were suggested to them by the United Nations a while ago in which they mentioned that the members of (the Taliban) remain on a blacklist and pressure is brought on (the Taliban). All these statements are in contradiction,’ Tolo quoted Wardak.


Naeem discussed the matter with the media saying, ‘Both team leaders agreed before the break that the next rounds of the talks should be held here (Doha),’ said Naeem Wardak to Ariana news.

He indicated both sides, will resume talks in Doha on January 5th rather than inside Afghanistan.

Dr, Naeem Wardak also tweeted on Tuesday that ‘a high-level delegation led by Mullah Baradar Akhund, Political Deputy and Head of the PO, IEA, left for Islamabad at the official invitation of neighboring country Pakistan. The delegation will hold talks with Imran Khan, Prime Minister of Pakistan’

Naeem Wardak Taliban spokesman said in a tweet thread, that the delegation will meet ‘Foreign Minister Shah Mahmood Qureshi. The delegation will discuss issues of mutual interest. In particular, problems of refugees, relaxation, and facilitation of afghan’s movement to Pakistan, as well as the problems of Afghan traders are envisaged to be discussed’.

This comes as a delegation of the Afghan government led by Mohammad Masoom Stanekzai arrived in Kabul on Tuesday evening. 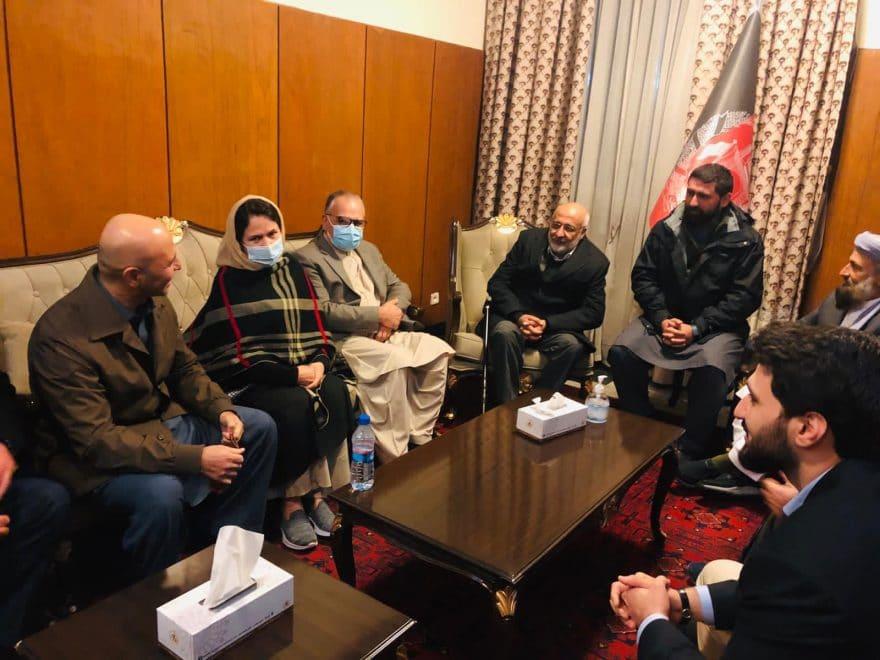 It has been three months since the start of talks between the Afghan government and the Taliban in Qatar, and the two sides have finally agreed on a procedural rule and soon will finalize the agenda.

Earlier, President Gani iterated, that the next round of Intra-Afghan talks should be held in Afghanistan, as people have the right to keep up to date on the progress and topics being focused on, President Ashraf Ghani said in a cabinet meeting.

Ceasefire not discussed at Doha talks so...

Intra-Afghan talks to be held in Doha,...