Turkish President Recep Tayyip Erdogan has imposed additional nationwide restrictions to contain the spread of coronavirus in the country.


While stopping short of declaring a lockdown, Erdogan on Friday announced the suspension of all international flights to and from Turkey as well as strict monitoring of domestic travel.

As of Friday, the number of coronavirus-related deaths in Turkey had risen to 92, while total cases reached 5,698.

The new restrictive measures include seeking approval from local governors before making intercity trips, and the closure of picnic areas, forests and archaeological sites over weekends.

Erdogan did not give a timeline as to when the restrictions would end.

“The duration of these measures will depend on our people’s determination to follow instructions,” Erdogan said, calling on Turks to “show patience and sacrifice”.

“God willing, we will overcome this issue in the shortest time possible if all measures are strictly followed,” he added. 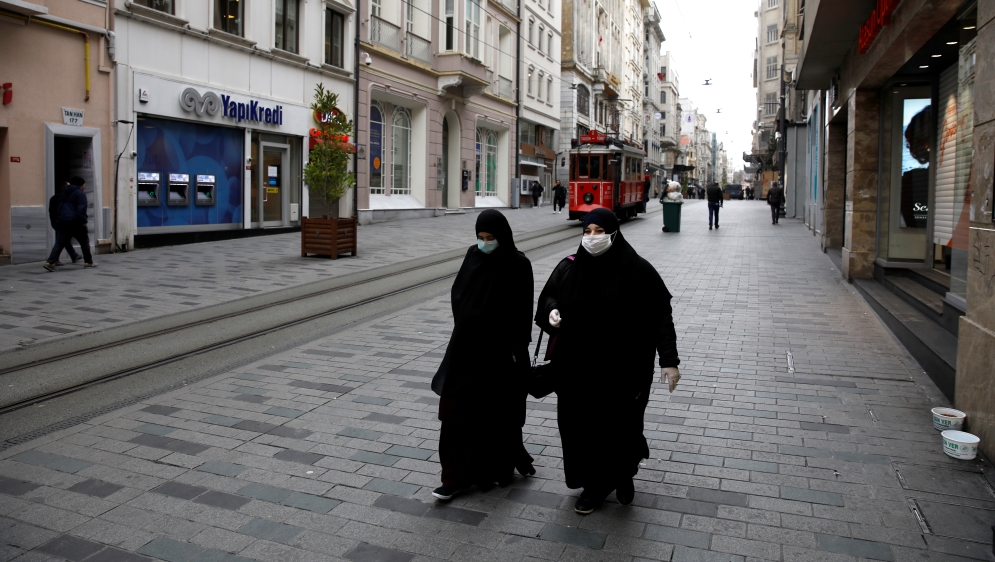 Most public spaces, schools and universities are closed, and public transportation is curtailed [Umit Bektas/Reuters]

The president said the measures will be implemented with greater scrutiny in 30 metropolitan areas, including the country’s four most populous cities: the capital, Ankara, the financial hub, Istanbul, Kocaeli and Izmir.

He called on citizens to voluntarily self-isolate if they feel unwell. “We can see from the rest of the world what happens when people don’t abide by the rules. Look at the United States,” he said, referring to the country with the most officially confirmed coronavirus cases.

Additionally, Erdogan said that a pandemic board would be established in all of the country’s 81 provinces.

Over the last two weeks, most public spaces, schools and universities have been closed and public transportation has been curtailed.

The movement of people aged 65 years or older and those with chronic illnesses has also been restricted.

“When the risk of contagion in some villages or towns is high, such a decision can be made,” Interior Minister Suleyman Soylu told the private NTV television on Friday.